Rollo Jamison, born in Beetown, Wisconsin in 1899, started collecting arrowheads on his family’s farm. This was just the beginning of his life-long interest in history and the objects used by people in their everyday lives. Rollo’s collection grew over the years, representing the unique history of Southwest Wisconsin. Your tour will take you back to the turn of the 20th century for a look at what life was like in Platteville and southwest Wisconsin.

The bronze horsemen were one of Rollo’s personal favorites.  According to the story, he stopped at a tavern on his way to Lancaster to pay his property taxes, and the owner said, “You have to see what’s in my basement.”  When Rollo saw the horsemen, he just had to have them, so he used his tax money to buy them.  Originally, they were painted black, but Rollo removed the paint.  He might tell a story of them being smuggled out of the country, but they most likely came to the U.S. as part of the Chicago World’s Fair in 1893.

General stores were important in early towns because they served as a one-stop-shop where people could purchase all their daily products. General stores also served as a place where people could sell their produce and materials which provided support for local families and businesses.  Stores needed to supply most of the daily needs of their customers, so the range of products was quite broad from food supplies and hardware to kitchen products and medicine. While the range of objects was large, the variety of brands for any object was usually small. Rollo collected numerous items that could be found in a general store including food, kerosene lamps, hay knife, spring scales, traps, and many other daily need items. Don't miss the boxing squirrels in this exhibit! This display puts a humorous spin on the art of taxidermy! 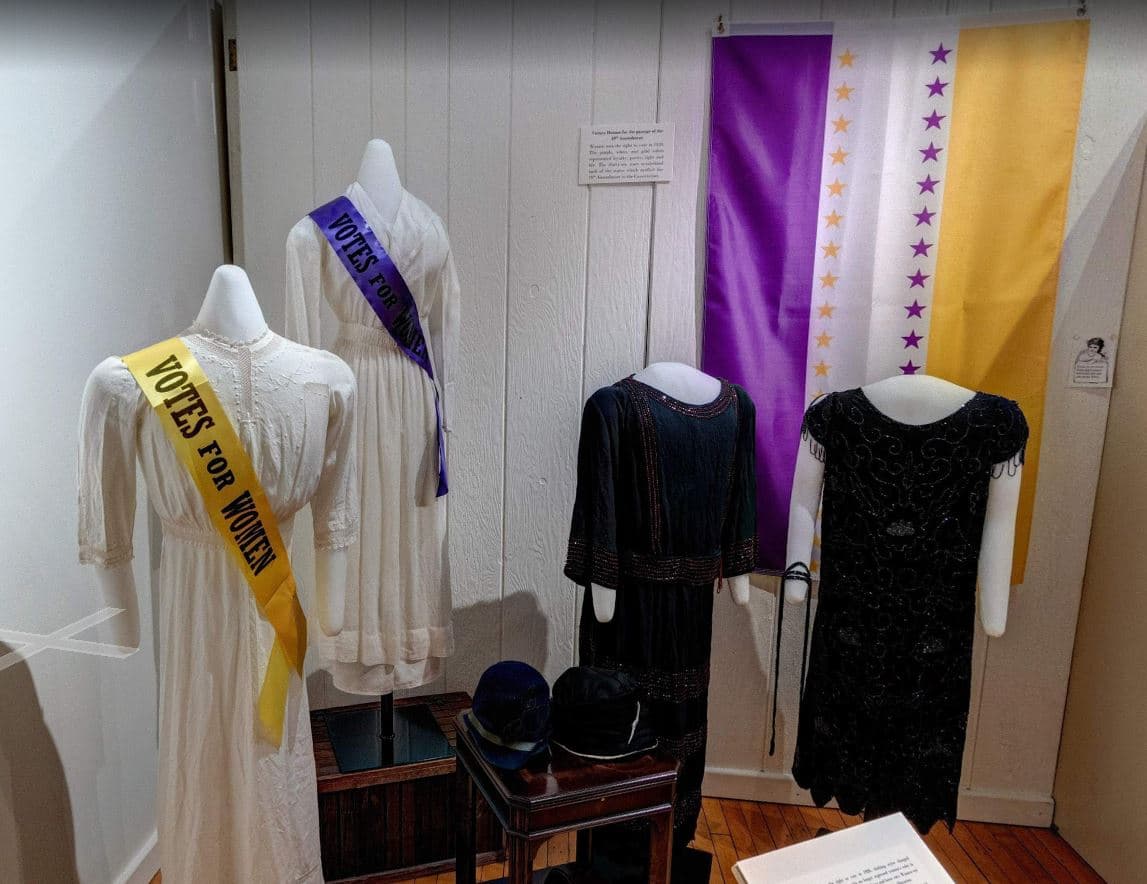 Women’s fashion has changed throughout history as their social roles and rights advanced. New job opportunities, war, and civil rights movements all brought new varieties to women’s fashion. This exhibit includes a few different styled dresses that depict what women were wearing in different periods of time 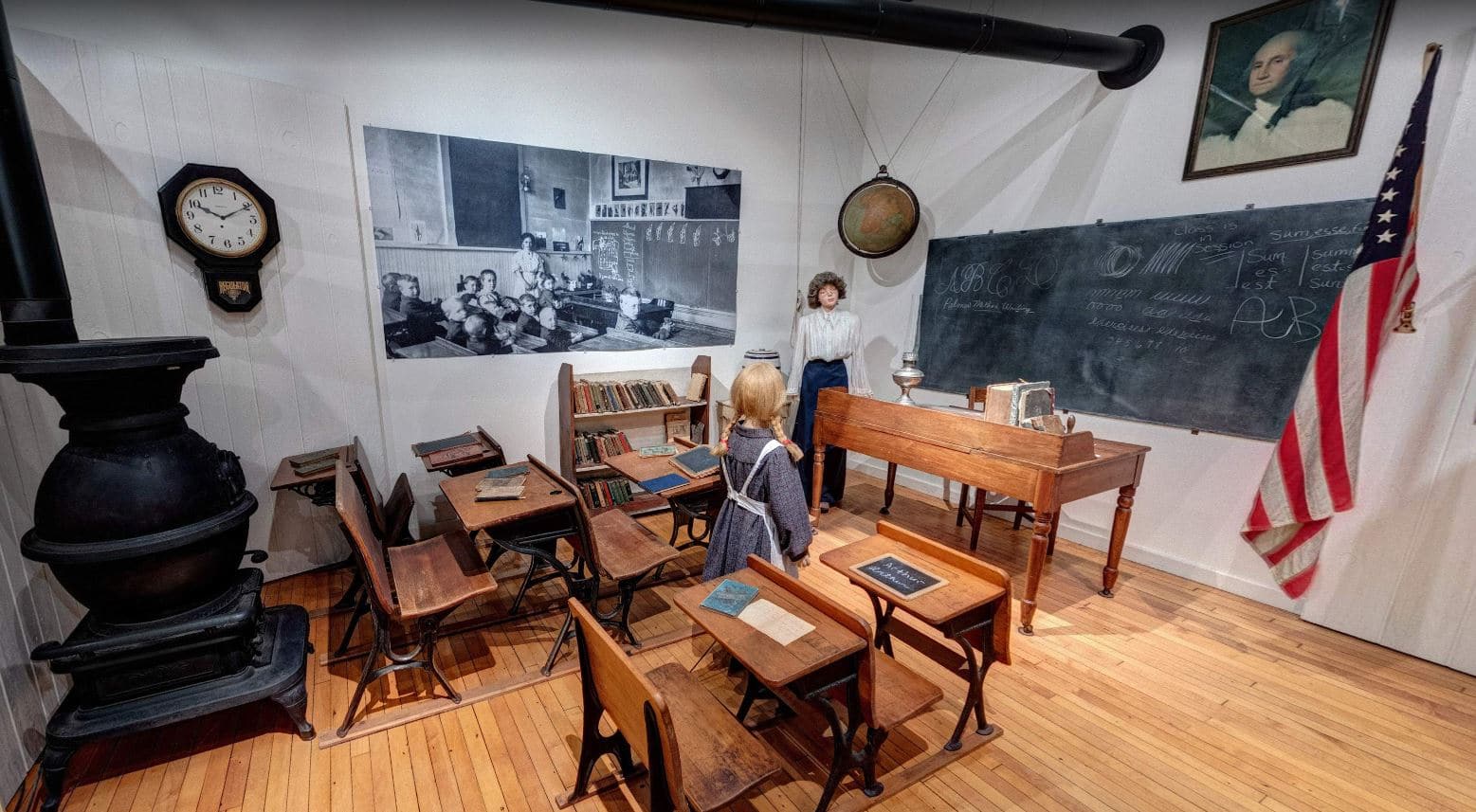 Platteville, like many towns, opened an Academy in its early years (1843). One room schools were practical in rural areas in a time when most students had to be within walking distance of their school. The last one room schools in Grant County closed in the 1960s. Class size averaged 40 students in the 19th century, but there were many schools with larger or smaller enrollments.  Class size also varied during the year when older children stayed home to help with seasonal work.

Rollo had a strong interest in music which led to an expansive collection of various musical instruments and machines dating back to the 1800’s. In addition to numerous pieces on display, the museum has recordings of these instruments so you can hear exactly what they sounded like when played. We even have two player pianos that visitors are allowed to try out themselves! 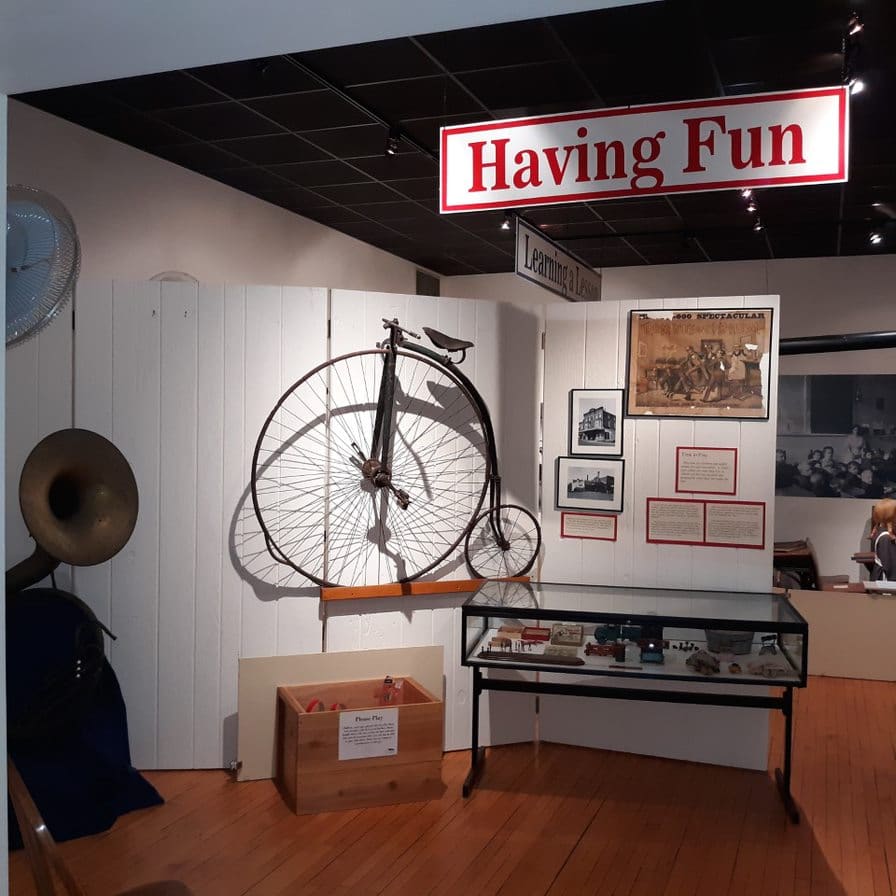 Rollo enjoyed sharing stories with children and was passionate about ensuring that history lived on through them. Rollo had a large collection of toys including dolls, Lincoln logs, board games, books, lead soldiers, and vehicles made of various materials. Rollo also participated in a number of educational outreach programs with children before he passed away in 1981.

Citizens of Southwestern Wisconsin have served in a variety of ways over many years of war and conflict. Whether that be in active duty through National Guard, Army, Navy, etc. or through red cross, donating, and volunteerism.